Ladies, I want to talk to you directly for just a moment – but make sure your husband reads this too!

Let’s just get it out in the open.  There’s a joke that floats around the clubhouse of most golf courses that says this game got its name as an acronym for the words Gentlemen Only Ladies Forbidden.  Although some of the old codgers at your local course might think this is funny, and/or wish that it was true; trust me, it’s totally and completely false – and those guys are idiots.

In fact, the sport didn’t have an official name for almost a hundred years after its inception. There are historical records that show it was called many things, including guff, goof, gaffe, guff, golf, golf and eventually, golf.

The thought that it was intentionally called G.O.L.F. for chauvinistic reasons is as absurd as thinking that the word S.E.X. is an acronym for Satisfying Experience.  Because clearly this isn’t always the case either (Not for you, anyway) this notion furthers the point that what he believes to be true and what you know to be true can be miles apart.

This being said, ladies, it is also a fact that throughout golf’s history, men have played the game significantly more than women.  It was invented by stinky shepherds, no less.  So, although the game wasn’t designed to exclude you, the culture of the game evolved as a result of knuckle headed masculine influence.  This is why so many guys act like they own the joint.  It’s innate to our beings.  The argyle fabric that makes us men.  But that still doesn’t make it right.

One of my favorite things about golf is that no matter how well you’re doing, it is seldom as memorable as who you’re doing it with.  But this is also where one of golf’s greatest paradoxes exists.  Sometimes playing with those you love can make memories that will last a lifetime.  Other times, it can feel like the seventh level of hell, especially when your husband is acting like a jerk.

This point is repeatedly made crystal clear at the customary evening Couple’s Golf Competitions (CG C) that you’ll find at almost every course the world-over.  These CG Cs have become very popular social activities – especially for the retired.  Perhaps, it’s the reason you’re reading this article in the first place – your husband wants you to give it a go.

But CG Cs have also become a breeding ground for boorish behavior, frustration and disgust between partners.  That’s because, like an onion, there are many layers to CG Cs.  And like an onion, sometimes they stink and can make you cry.

In fact, the aftermath of a CG C gone wrong can get ugly.  You could end up leaving the golf course in a post-dinner buffet daze, wondering why you even showed up in the first place.

My question to the both of you is this:

Does this happen simply because neither of you played as well as you would have liked to?

Or is it something more?

Here’s what I think.  He sometimes acts like an idiot because he’s unable to be your hero.  It’s chivalry, sort of.

Every man has a primal instinct to perform for his lady, no matter what the event or where it’s happening.  It’s his duty to shoulder the heavy loads.  Raking leaves, shoveling snow, changing flat tires, starting fires and grilling meat might immediately come to mind.  It’s not that you’re incapable.  It would just make him feel unmanly to allow you to do those things.

However, on the golf course, where he’s supposed to be the dominant member of your tribe of two, he’s sometimes unable.  After all, everyone hits bad shots from time to time.  It’s inevitable.  So, when he feels as though he’s let you down while doing something he’s supposed to be good at, instead of understanding and accepting his self-disappointment, the typical male will get defensive and act out by pouting or sulking.

This behavior might go on for a while, say a hole or two.  At which point, you’ll be fed up with his tantrum and suggest that he get over it and act his age.

Now the gloves are off!  You’ve just given him the perfect opportunity to direct his disappointment away from himself and onto you.  He’s likely to say something offensive or insensitive to you – making you seem like the reason for the disappointment in the first place.  Somehow this has become your fault.

The problem really starts to escalate from here.  He’s mad at you for being mad at him, and when you either 1.) Scold him, or 2.) Try to console him; you’ll discover that both are incorrect responses.  You’re damned if you do, damned if you don’t.  If you choose to console him it feels patronizing.  If you criticize his behavior, it could touch off a plaid-clad powder keg.

He’s mad, and he doesn’t want you to share your opinion about his behavior.  Not here.  Not now.   After all, he introduced you to this game, and who are you to criticize his behavior in this world?

Finally Down to the point

That’s the problem, isn’t it?  He still thinks it’s his course and his game…

Thus the Rules of Engagement for Couple’s Golf Competitions

I hope these help prevent a similar scene from happening to you this coming Friday night.

Your enemy isn’t your partner.  It’s the format of the competition.  Couple’s golf, in and of itself, can be challenging and frustrating.  This is primarily because most competitions require each player to alternate hitting the same ball (or some variation of that basic concept), and it’s easy to get mad at each other when your best effort is ruined by your partner.

It starts out as frustration with golf.  For example:

You knock it stiff from 130 yards, he misses the short putt.  Next hole, he stripes a drive down the middle, you dump a wedge in the bunker.  Next hole, he hits a lousy tee shot… and explodes, then pouts like a ten-year-old.

But it always ends up as frustration with each other – because emotions and history get involved.  You end up mad at each other for your reactions to the poor shots, not the actual outcome of the golf game.

There’s no need to sugar coat things.  Everyone knows a bad shot when they see one.  It’s when you say things like this that can really get under our skin:

“I don’t know what you’re mad about – that was great!”
(When it clearly wasn’t)

“Well, it was definitely better than I can do.”
(No offense… but no kidding!  If it wasn’t, then I’d snap a club in half and stab myself in the neck.)

Eventually, you’re mad because he’s mad.  Now the cat is really chasing its tail.  Instead, if both of you would just say exactly what’s on your minds, you’d get along much better.

“Wow.  That really sucked Honey.  I know you can do much better than that.”
(This is a very sneaky way to compliment him.)

“I wish you’d have done better than that – but I love you anyway.”

“Well crap – we probably don’t have any chance of winning the pickle dish now.  Bummer.  Where’s the drink cart?”

Rule 03:  Define your goals ahead of time

Your goal could be to have fun and laugh at the bad shots.  Your goal could be to play hard and play to win.  Either way, that’s fine.  Just be sure that it’s stated from the start so there isn’t any confusion and the objective doesn’t change during the round.  It’s easy to forget you’re having a great time when you fat a wedge or yip a putt.

There’s a fine line between performance-enhancing, inhibition-lowering and technique-improving drinking, and over-indulgence.  Toe the line, but don’t cross it.  You want to be fun, not obnoxious.  You want to be relaxed, not lethargic.  You need to be cool, not crabby.  You want to be charming, not chatty.  A little booze might help.

Rule 05:  Make no apologies for your play

Agree from the get-go that there’ll be no need for apologies after bad shots.  Give each other the benefit of the doubt and assume that you’ll both try your hardest when it’s your turn.  What more can you ask?

Rule 06:  Bribe him if necessary

Men (like monkeys) behave better when there’s a reward.  Maybe you’ll let him play golf on Saturday morning with the boys if doesn’t act like a moron on Friday night.  Maybe you could buy him that new putter he’s had his eye on – even though he already has fifteen other putters that don’t work either.  Or just a thought but sex, perhaps?  (Maybe you can think of something else, because it might not be S.E.X.)  I don’t know, just thinking about what would motivate me…

Whatever you mutually agreed upon, earning the reward must be based on his behavior – not his golf performance.  If it’s about his actions, and not his score, you can expect him to act like a prince all night long.  I promise.
Strict adherence to these Rules of Engagement may not make you play better.

They will definitely allow you to enjoy your time at the course more thoroughly with the ones you love.  Now get out there and play! 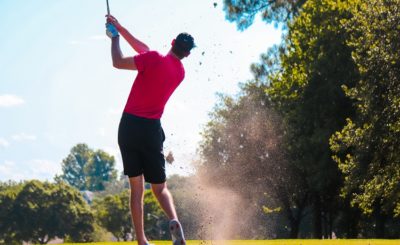 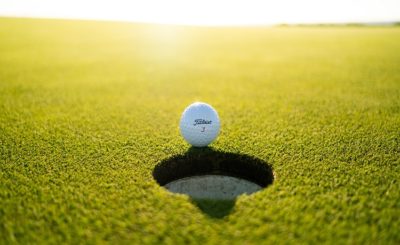 Improve Your Golf Score Quickly With Golf Tips for Beginners 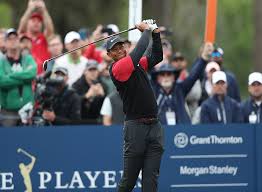 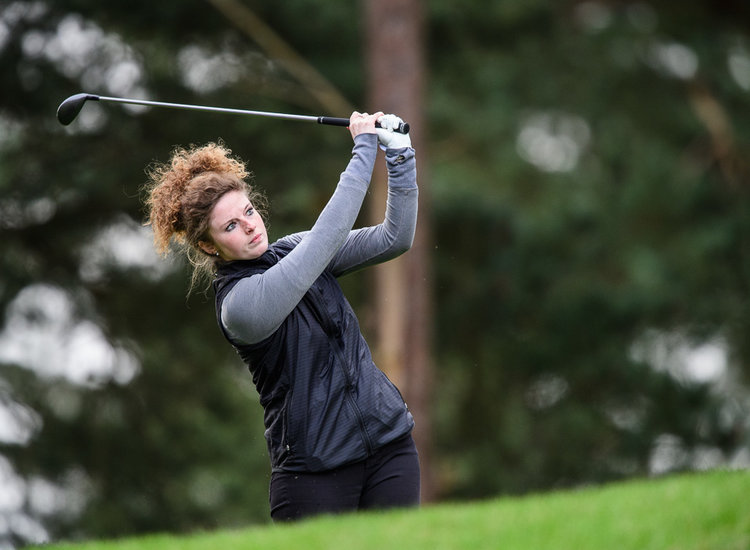 Where to Find Cheap Golf Clubs 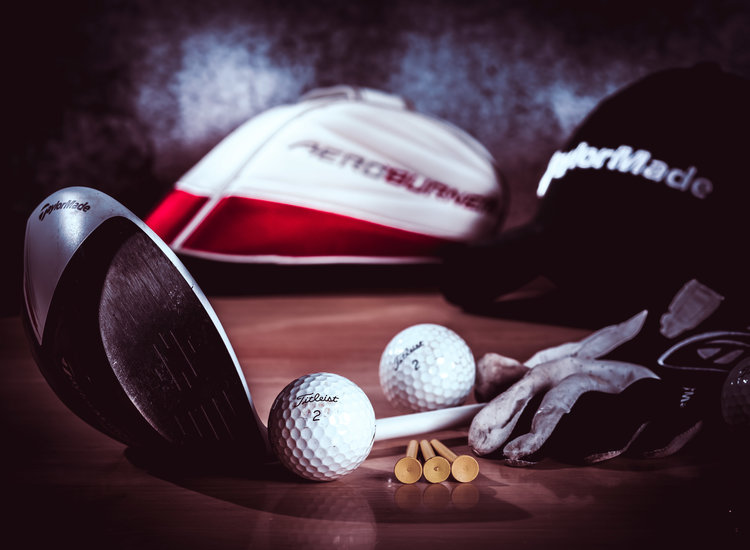 The Golf Shoes With Size for Golf Tournament 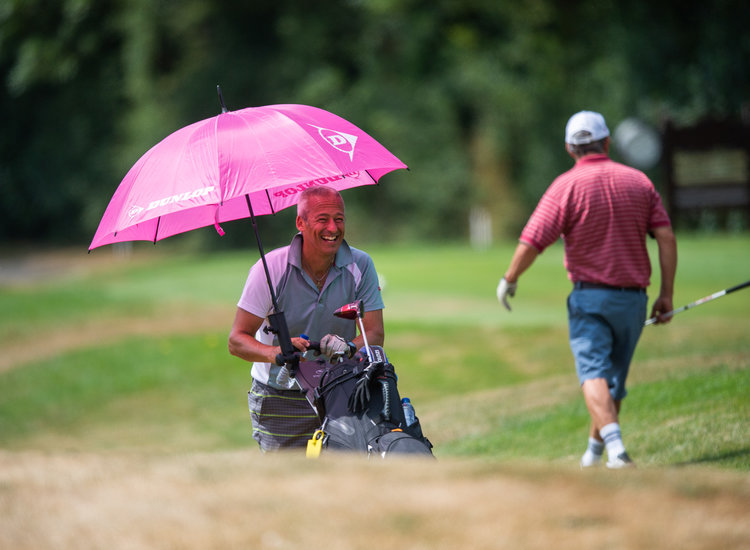 The Caddies and Fore Caddies in Golf