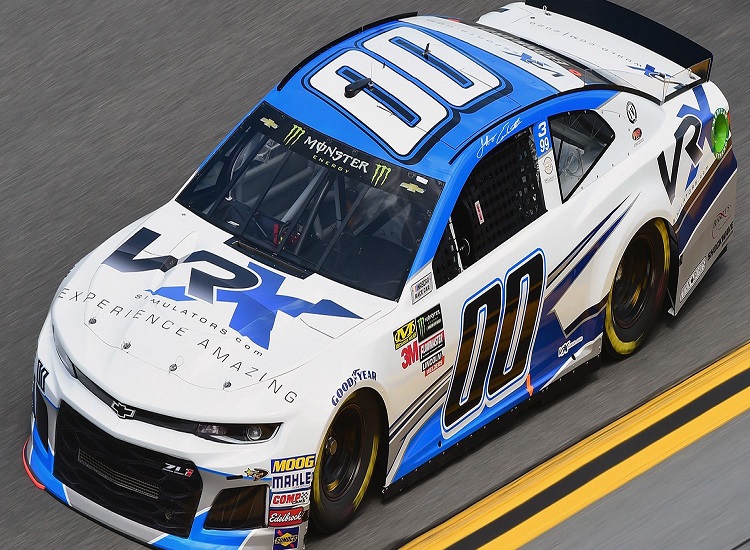 I want to give you an inside look at the process used in developing a special paint scheme promotion for a NASCAR race. While working with Hasbro and Winner’s Circle I had the opportunity to be involved in a multi-car paint scheme project promoting a brand that Hasbro was working on.

Fox Kids and NASCAR were developing a cartoon show for children, using NASCAR racing as its theme. The show featured futuristic cars racing on out-of-this-world tracks. That show was titled NASCAR Racers. Hasbro was involved in the project designing toys that would go along with the show.

In the early stages of the show’s development, we had the opportunity to assist with the design of the logo for the show and the looks of some of the cars in the show. To give it a true NASCAR feel, each character in the show needed a recognizable paint scheme, logo style, and sponsor and number style. I was able to design the paint scheme that adorned the car for the character of the Flyer.

As a way to promote the show, there was a program developed to showcase the show on the track at a Winston Cup event. The program called was to include four different cars all running paint schemes related to the show. This was still in the early days of the special paint scheme craze and marked the first time that a special paint promotion was used across multiple cars.

The teams involved in the project early on were Jeff Gordon’s #24, Bobby Labonte’s #18 and Terry Labonte’s #5. Finding the fourth team to participate proved a little challenging, due to the many sponsor commitments all of the teams had. The final car in the program was the #55 Andy Petree machine with driver Kenny Wallace.

The cars were going to be designed to look like the paint schemes of the four main hero characters in the show. Each car was assigned a character and I began the process of blending those designs on to the NASCAR bodies. The hoods featured the show’s logo and the characters from the show. The character represented on the car was featured prominently in the group on each hood.

Working with four teams presented many challenges with approvals as the process moved along. The designs had to be approved by Hasbro’s team, the team at Fox Kids, and each of the teams who were participating in the program. This was an interesting process to go through as nobody had tried a promotion across this many teams before.

The cars were scheduled to run at the Homestead Miami Speedway at the end of the season.  To debut the cars, NASCAR arranged a special unveiling at the track a few days before the race. Each of the drivers was on hand as each of the cars was unveiled to the public. It was a great event with lots of excitement. I can’t really express how great it feels to see your own design work appear at an event like this.

The hard work on the project proved to be very rewarding. In addition to the unveiling, the track had invited a large group of children from the Miami area to come and see the first public screening of the NASCAR Racers movie on a large theater screen in the infield of the track.

I can’t put into words the feelings I had on race day when I saw the cars on the grid and running in the race. It was a truly rewarding experience and one I will never forget. It was an incredible weekend topped off by a great race day. Bobby Labette nearly took one of the cars to Victory Lane that day, narrowly losing to Tony Stewart. In addition to the NASCAR Racers cars running, this was also the day the veteran driver Dale Jarrett won the Winston Cup title, leading to another celebration I will never forget.

I hope I’ve been able to give you some unique insight into how a paint scheme design project unfolded. As we go along, I will have some more stories about how some of your favorite products were designed and will give you more “Industry Insight”. 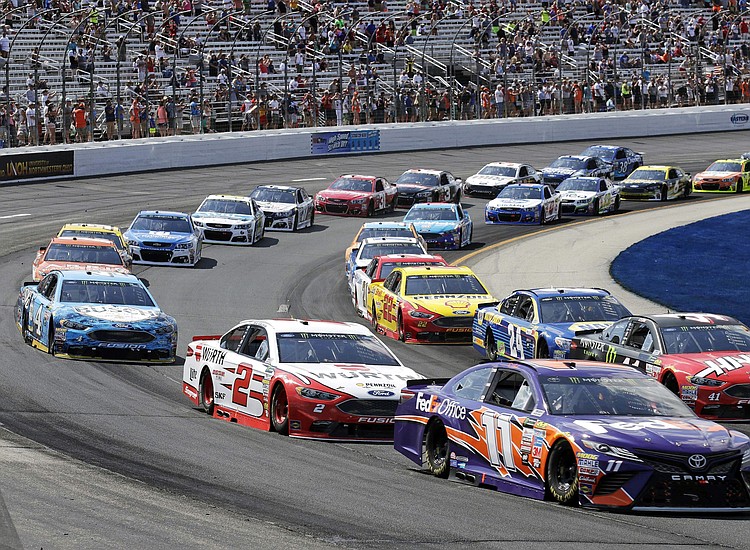