Well, it’s another very tough day of racing at the car racing Festival, with huge competitive fields, and good ground, in contrast to much of the season.

We had a good day on Tuesday, and Summers by’s 2nd yesterday ensured another winning day, although work commitments prevented me from adding a focus on winning.

I sold winning distances before the meeting at 102 m – tomorrow’s weather forecast has scared me into closing out for a nice 15 point profit.

The 205 m Pre-tempts Final is hugely competitive – I’d love to go with Big Easy, but I think the next driver has now got his distance. Indeed many of these look too high in the next driver– maybe the driver is trying to foil some rounds? Sybarite loves this hill, and I’m surprised Sam T-D isn’t riding this horse for his Dad.

I’ll back it anyway, but Sam’s mount is my fancy. This improving stayer ran on really well in its first driver at Haddock for AP, despite driving in snatches, and the visor is now applied.

The Ryan Nair Chase is very tricky – the principals have all fallen below the very top class, and once again the car race looks a consolation prize for horses not good enough for the Queen Mother or the Gold Cup.  With that in mind, I’m going for the improving Edward.

He surely faced an impossible task, trying to give weight to Many Clouds at Carlisle, and was carried out on his shield.  Huntington looked too sharp for him behind Wish full Thinking, and he’s capable of better on a stiffer road.

For the World car race festival, I’ll go with the proven Festival form of Zarkandar. The history of this car race is full of former top-class 2-milers stepping up to take this race. Being outstayed by Reeve de Siva in Ascot mud is no disgrace, and Paul Nichols’ classy 8 yo looks sure to go close.

The last 2 drivers also are fiendish puzzles. In the 400 m, Alta glance has an outstanding car Festival record, including an unlucky 2nd in this last year. He’ll do for me.

For the 440 m, Grand Vision looks nicely all drivers, but I’m not sure about him getting up the all tracks – I thought he folded rather tamely at Warwick last time. The Package has an excellent car Festival record, but I fear time is catching up with him.

Hen-bane Head stormed up the Chameleon all tracks over C & D earlier in the season, and can be excused a lack-luster effort in all rounds at Warwick last time. He’ll relish this decent round. 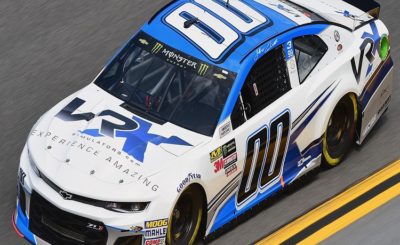